Cooking style
I will adapt to your needs and desires. Bring it on!
Experience
A native of Marseilles, Chef Serge is trained in French, Asian, and Caribbean cuisine. His 24-year career is benchmarked by exceptional culinary creation, kitchen and service team management, and quality performance. He has successfully opened new restaurant operations, designs innovative menu offerings, and directs kitchen production operations. In 2013, Executive Chef Serge Devesa was named a Master Chef by the prestigious French Chef Association, Maîtres Cuisiniers de France. The organization preserves French kitchen traditions to ensure that the next generation has the skills to keep them alive. The organization is over 60 years-old and membership as Master Chef is one of that country’s highest honors. Prior to joining the Willard, Chef Serge served as Executive Chef for InterContinental New York Barclay where he created exceptional culinary experiences for such notables as the President and First Lady of the United States, the United Nations Secretary General, foreign royals and heads of state. He worked on several community-based efforts to support local food banks including a Chefs of World Leaders cooking and tasting event at the Xavier Mission Food Pantry in New York. Prior to joining the InterContinental New York Barclay, Chef Serge served as Executive Chef for Colette Bar and Bistro at Hotel Sofitel, Minneapolis, where he gained considerable acclaim for his culinary artistry. While at the Sofitel, Chef Devesa also managed organization-wide chef services and providing world-class French and international cuisine to hotel guests and visiting dignitaries.
Influence
American, Asian, Caribbean, French, Mediterranean, Middle Eastern 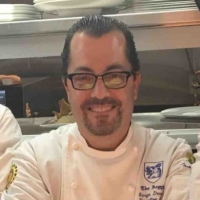