Chef with over 30 years of experience

Cooking style
My cooking style is very clean, less is more. I let the food speak for it's self. I use the freshest ingredients, produce, seafood, meats, wild game, etc.
Experience
German-born and trained, Chef Christopher Tong has been creating distinctive Continental and French cuisine in the United States for more than 30 years. After he was recruited to join the culinary staff of Ciel Blue, a famous award-winning restaurant in Chicago, he continued his career at prestigious establishments around the country including the Disney Swan Hotel in Orlando, the world famous Polo Lounge at the Beverly Hills Hotel in Los Angeles, and the Sutton Place Hotel and Palmer House Hilton in Chicago. Early on, he became a favorite of celebrities in the world of entertainment and sports. Some of the first to recognize his skills were: Michael J. Fox, Dennis Hopper, Michael Jordan, Nancy Reagan, Cher, and the Prince of Jordan. He also served teams in the NBA, NFL, and NHL, as well as NASCAR drivers. Ten years ago, he launched My Private Chef, taking that same exquisite cuisine into the world of private dining. He has received rave reviews and recognition for offering world-class fare at a host of intimate dinners and special events. His My Private Chef date book is filled with events that spark interest and excitement: A five-course dinner where the guest list included the French Ambassador. He loved the grilled pheasant with wild strawberries and pistachios. Elegant dinner services for actor, John Malkovich. Corporate dining events for Lalique, the ultimate French luxury brand. Special art industry parties for the internationally known photographer, Sandro Miller. Beautiful and delicious hors d’oeuvres for the Yves St. Laurent French Fashion House Chicago Trunk Show. For the relaunch of Every Day with Rachael Ray, My Private Chef prepared a special Hawaiian-themed party and coordinated the Chicago events for the show’s nationwide tour. Thanksgiving Dinner service for actor, Terrence Howard and cast members of the hit TV show Empire. Dinner service and parties for Stephen Hamilton. Hamilton is an internationally famous food photographer and judge on Top Chef
Influence
French, Italian, Latin, Mediterranean, Spanish, Thai 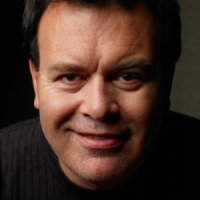