The complete guide to understanding what Umami is | Miummium 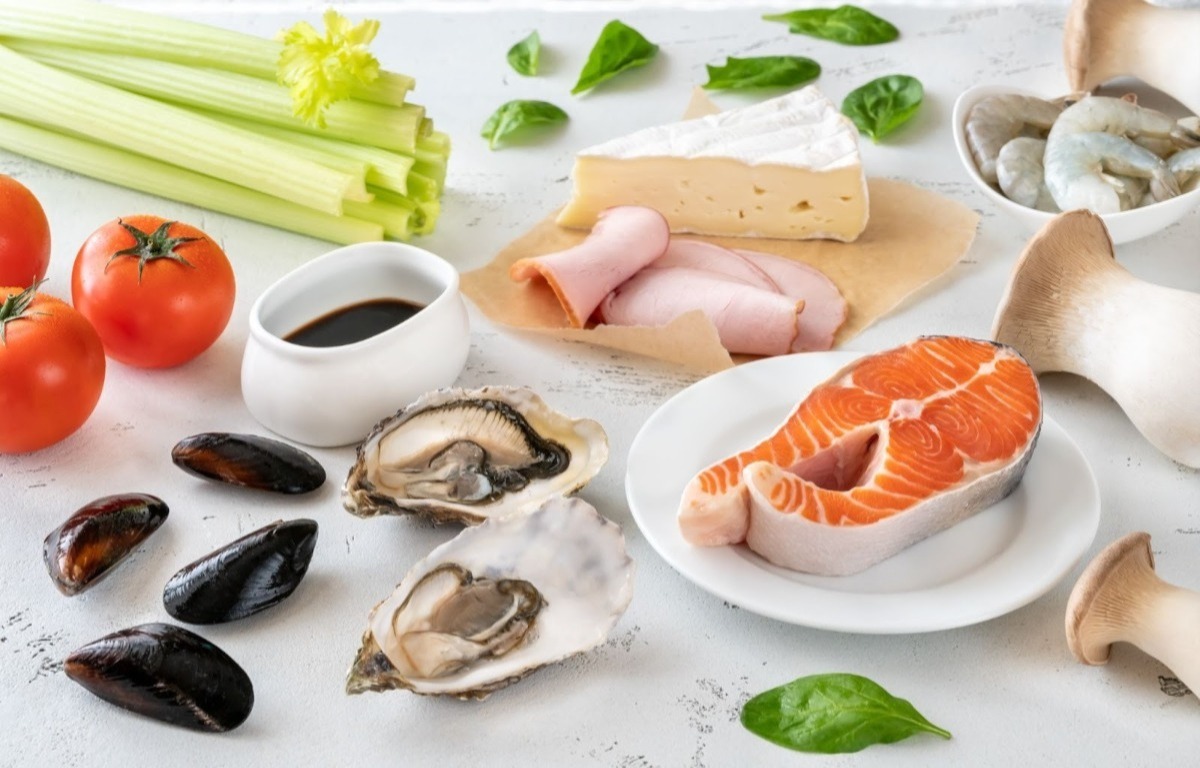 The complete guide to understanding what Umami is

When asked, most people will say there are four basic tastes: bitter, sour, sweet, and salty. Umami is a fifth, previously unrecognized basic taste. Umami is a Japanese term derived from the words umai, meaning “delicious”, and mi, which means “taste”. A rough English translation of Umami would be “the essence of deliciousness”.

Where does Umami come from?

Umami taste comes from an amino acid known as glutamate. This chemical is not only safe to eat, but it also is the most abundant free amino acid in the brain. As a neurotransmitter, glutamate is used by brain cells to communicate with one another. Over 90% of synaptic connections in the brain rely on glutamate to occur.

Umami-rich ingredients can be easily found in nature, as protein-rich foods will also be high in glutamate. Foods like meat, chicken, fish, dairy products, mushrooms, and many vegetables make great sources of Umami. The average person consumes about 11 grams of glutamate daily from natural sources of protein.

The history of Umami dates back to 1908, and was coined by Kikunae Ikeda; a Japanese scientist and professor at the Tokyo Imperial University. By studying kombu seaweed-based soup, Ikeda discovered that glutamate found in the broth produced a delicious flavor different from bitter, sour, sweet, or salty taste.

In 1913, Professor Shintaro Kodama, a disciple of Ikeda, found another source of Umami, this time from katsuobushi, a common Japanese soup ingredient prepared by simmering, smoking, and fermenting tuna fish. Understanding of Umami was further developed in 1957 by Akira Kuninaka, who realized one could produce a more intense Umami taste by mixing foods high in glutamate with ribonucleotide-rich ingredients, such as shiitake mushrooms.

Umami taste is characterized by producing a mouth-watering sensation when in contact with taste buds, which will spread alongside the tongue, producing a sensation that has been described to some degree as having a “coating” effect on the tongue. Umami flavor has a longer-lasting effect than any other basic taste.

Since there is no exact translation for Umami from Japanese to English, it is most commonly described as having a meaty, broth-like, savory flavor. In contrast, the Chinese define Umami with adjectives such as aromatic, appetizing, and reminiscent of seafood.

Browse private chefs near you

What are examples of Umami foods?

Examples of Umami foods include:

The low-calorie content plus the abundance of nutrients and antioxidants found on seaweeds make them ideal for a healthy source of Umami taste. Extensively used in Japanese cuisine, seaweeds are a crucial ingredient in adding flavor to a variety of sauces, broths, and iconically giving sushi rolls their appetizing shape.

Several chemical compounds that create Umami flavor are naturally found in many fish and other seafood. Disodium inosinate, a chemical compound also found in seafood, is commonly used alongside glutamate to manufacture food additives. Both these chemicals have synergistic properties and are used together by many chefs in the preparation of Umami-rich foods.

Mushrooms are neither plants nor animals, but they are nevertheless a great source of Umami. As mushrooms are dried up, their glutamate content is increased. A shiitake mushroom will commonly have about 70 milligrams of glutamate per 100 grams, but as they are dried up this content increases up to 1,060 milligrams.

Their abundance of other nutrients, such as their high content of vitamin B, makes them an ideal choice of Umami-rich ingredients for those looking for a healthy diet and to improve the immune system. The fact that mushrooms can be enjoyed both raw and cooked make them an easy choice to add to all kinds of meals. Professional Chefs use mushrooms and mushroom-based products to enhance the flavor of their recipes.

There are a myriad of reasons why green tea is good for your health. From helping people with cardiovascular diseases and reducing body fat, green tea is great to aid in lowering your bad cholesterol levels and reducing the risk of developing type 2 diabetes. Green tea is not only high in glutamate, but also another amino acid known as theanine. This acid has a similar chemical composition to glutamate, making green tea rich in Umami properties.

Prepared by fermenting vegetables and adding spices, Kimchi receives its Umami flavor through a chemical process known as proteolysis. Through this process, chemical compounds in Kimchi are broken down into free amino acids, giving Kimchi a boost to its glutamate content and its distinctive taste. Kimchi helps lower blood cholesterol levels and promotes better digestion.

Cheese becomes high in glutamate as it ages, and the longer it ages, the stronger the Umami flavor becomes. Even small amounts of aged cheese such as Parmesan distinctively add flavor to most foods. It is no wonder why cheese is such a common companion to all kinds of recipes around the world.

Next time you’re looking out for an aged cheese to give an extra Umami taste to your meal, we suggest the following:

Soybeans are a timeless staple of Asian cuisine. They are great to eat raw, processed or fermented into soy sauce, miso, and the ever-popular tofu. Even though soy has generated somewhat of a controversy on the Internet due to its perceived effects on the human body’s hormonal system if consumed in large quantities, it has been demonstrated to help improve fertility in women and lessen the effects of menopause.

The same chemical compounds that make fish high in glutamate are also present in other animal products, from beef to egg whites. As meat is dried, aged, or processed, its protein content is broken down into free amino acids, which turns meat products into Umami-rich foods. Bacon, pork, and cured ham may not be the healthiest choice for a meal, but they will add a distinctive Umami flavor to any dish.

Tomatoes possess a unique savory flavor with a tint of sweetness. They are one of the best plant-based Umami-rich ingredients, with cherry tomatoes having a slightly higher glutamate content than their regular counterparts. The Umami taste of tomatoes can be increased by eating them dried, as the loss of moisture creates a higher concentration of glutamate.

Is Umami the same as MSG?

Monosodium Glutamate (MSG) is a flavor enhancer produced by extracting glutamate from protein-rich foods and mixing it with salt and water. It may be considered similar to Umami in taste, but the main difference is that Umami flavor happens naturally during cooking, giving it a more subtle, original taste.

MSG is safe to eat in the same way that Umami-rich foods are because the human body has no problem processing glutamate. MSG helps improve foods with a sour or salty taste, but may become unpalatable when combined with sweet foods. One must, however, consider their sodium intake when consuming MSG and remember that no food is healthy if eaten in excess.

Why is Umami so popular?

Umami is popular due to its unparalleled taste that comes with health benefits. Throughout history, people have gone above and beyond to find new flavors to better their dining experience.

Due to old age or other conditions, people are bound to experience a loss of taste and smell. By adding Umami-rich foods to their diet, the long-lasting taste will help them to better enjoy their meals. Furthermore, people impaired by poor nutrition and loss of appetite can benefit from Umami’s ability to stimulate hunger.

An important factor to consider when learning how best to enjoy Umami is the salt content in the food. Umami flavor is best experienced with lower amounts of salt. Since too much sodium is bad for your health, reducing salt intake in favor of Umami-rich ingredients is a good way to take care of one’s health.

A 2016 study demonstrated that one can reduce the need for adding salt to a meal up to 25% and still achieve a similar salty taste by including Umami-rich ingredients while cooking. Some foods that positively benefited from this recipe change are:

An easy way to replace your salt intake with a healthier Umami flavor is by using soy sauce. As little as a teaspoon can suffice to add an extra savory flavor that will make you not miss salt at all. Getting the right combination of ingredients might be a daunting task, and there is no one like a professional chef to serve you the best balance between a healthy and a delicious meal.

How to make Umami in food

To make Umami in food at home, consider:

Finding Umami-rich foods is not as hard as it may sound, and in fact, many modern popular meals have gained their fame because of their Umami flavor. Here are a few examples of foods with Umami rich ingredients that are huge all over the world:

Umami paste can be easily prepared at home. It can be used as a spread or to add a delicious sauce to your favorite meals. Some ingredients that you can mix to make a homemade Umami paste are:

Drying and grounding Umami-rich ingredients may be a hard and laborious process, but thankfully one might find Umami powder available at certain retailers. Normally Umami powder will be made out of mushrooms (especially shiitake) and can be used to season food as a healthier alternative to salt.

If you wish to add Umami to your cooking style, there is nothing better than taking a personalized cooking class and having a professional chef show you the secrets behind the breathtaking Umami flavor.